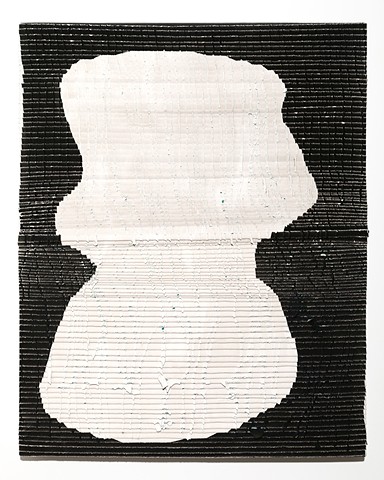 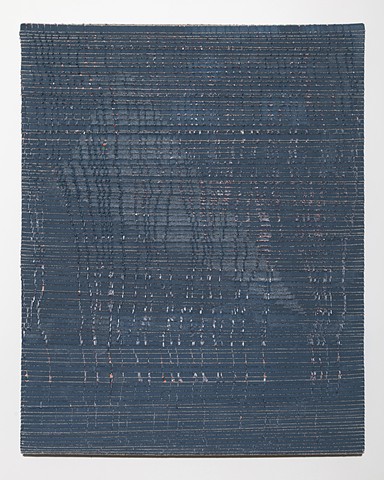 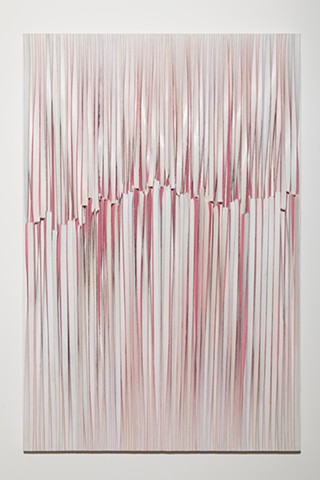 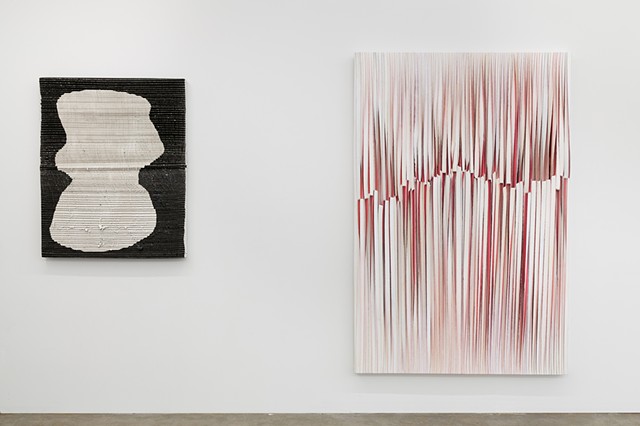 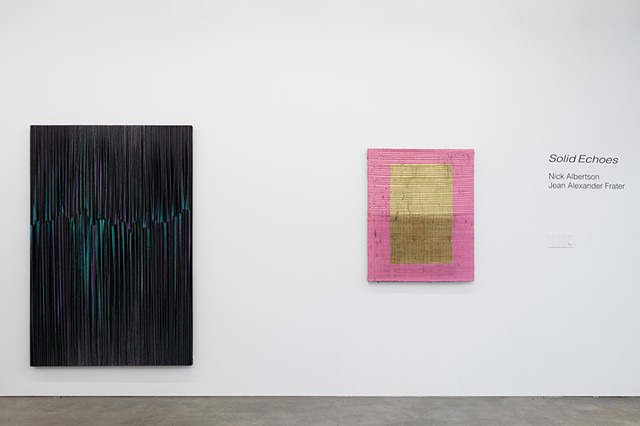 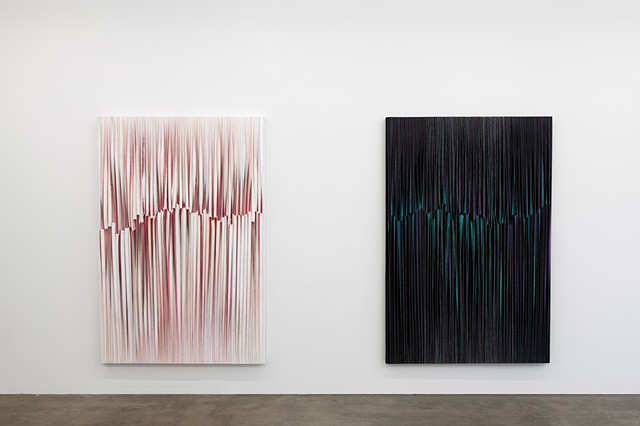 5.17.2019 – 7.6.2019 Aspect/Ratio is pleased to present Solid Echoes, a two-person exhibition with Nick Albertson and Jean Alexander Frater. Solid Echoes places the physicality of the void alongside any interstitial relationships through rigorously mediated works.

Large color field canvases are ripped into strips only to then be carefully looped and refastened together; while otherwise serviceable objects are strewn onto a blank surface and heavily lit only to be repeatedly re-photographed. These acts of examining, doubling, and reprocessing material also exploits the spaces they leave behind. Shadows and in-between spaces are highlighted here as both Albertson and Alexander Frater meticulously create new works through these performative acts. Both render material as deftly as possible while resultant shadows serve to disorient the viewer’s understanding of their cardinal position.